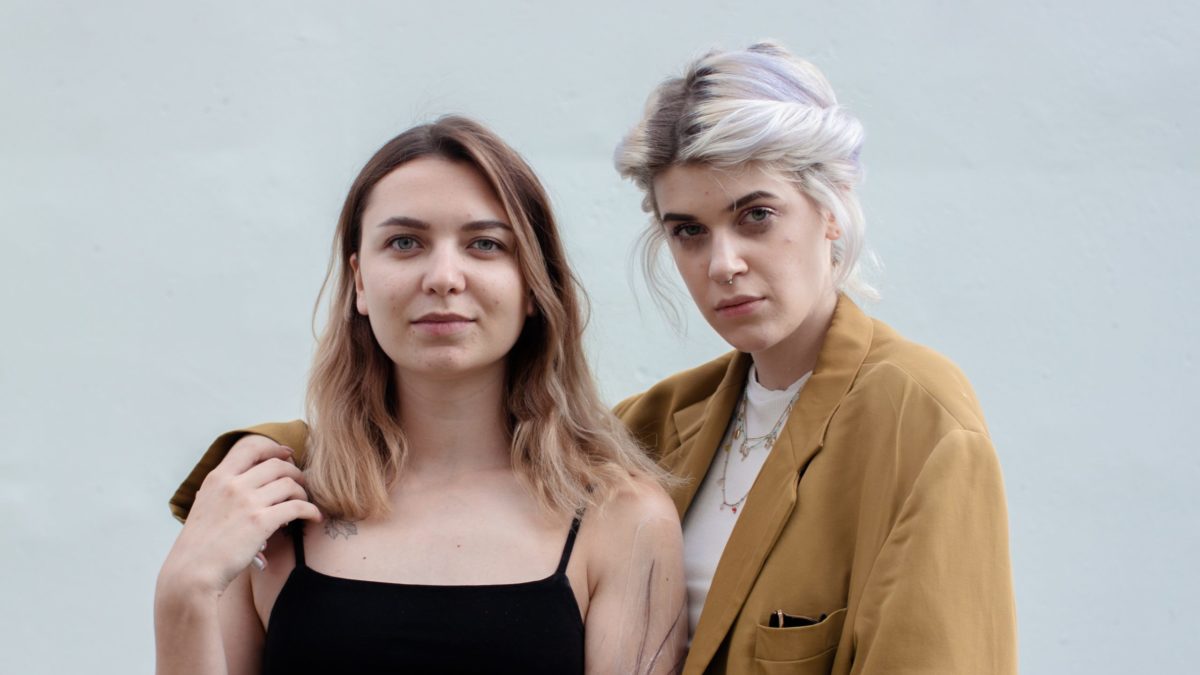 Description from the comic’s authors: DO NOT BE SILENT is a comic aimed to highlight topics that society has been silent about for a very long time. In the beginning, it was conceived as a project solely about domestic violence, but later the authors realized that it was not enough. Now the comic is composed of pictures representing specific examples of problems and articles that describe these problems. The comic’s slogan is “On what is important. On what hurts. What is not worth keeping quiet about ”.

Christina: We are both lawyers and studied in the same group, that’s how we met. I am currently working in a field related to my academic degree.

Kate: I work as an interpreter for the Canadian police. We conduct courses for Ukrainian police. One of them is on combating domestic violence. That’s how I started exploring this topic. In the course, we discussed risk factors, recognising violence, and how the police should respond to it. I realized that the relationship I was in at that time was like from a textbook: there was no physical violence; however, there was a lot of psychological violence. I managed to get out of this relationship thanks to the information that had become available to me.

Christina: I had the same situation. When you are in an abusive relationship, you usually do not assess the situation from the perspective that your partner is guilty of it. You blame yourself, you think that something is wrong with you, and that’s why everything is so devastating. When we started communicating with Katya, she helped me to realise what was going on…

Kate: Now I perceive it with ease. Sometimes I even start to think that there wasn’t any violence, but then I re-read my old messages and recall my mental state at that time. It was awful. You could say that we were luckier than many other women. We were not married or financially dependent on partners, and we have no children. When we both managed to get out of the abusive relationship, we decided that it’s time to do something to help others.

Kate: Comics is an educational project. It aims to raise awareness of domestic and other types of violence. During the last two weeks, we’ve been writing on general topics to set the stage. Further, we plan to talk about domestic violence with specific examples. For many victims, understanding and becoming aware of the situation is the first step towards salvation. I hope that our project is not only going to help some individuals but also to ensure zero tolerance in society to such issues.

Christina: Violence has many manifestations. It is an endless stream of information to be analyzed. Our project is focused primarily on people from Ukraine. The violence issue is relevant everywhere, but in the EU countries, the USA, Canada, the awareness level is much higher. There are certain violence response frameworks for law enforcement agencies and social services for victims. We don’t have any working scheme in Ukraine. There are public organizations, volunteer associations, but there is no state support. Now we are posting not only about domestic violence, as it can’t be separated from other problems and the reality in which we live, like gender inequality, for example.

Kate: As for me, feminism is about equality. All people should have equal rights and opportunities in society. We stand up for women’s rights, but we understand that men also have problems. In the comic, we have already highlighted the gender stereotypes issue relevant to everyone.

Christina: Calling yourself a feminist is already rather a dangerous thing. Although even within the feminist community, you can always fall into the category of “wrong feminists,” which contradicts the main idea. For me, feminism is about women feeling comfortable and living as they consider to be comfortable, doing what they like to do. Sometimes we get negative feedback from those who have a different perception of these things. Our project shows that patriarchy harms everyone.

Kate: Perhaps our project will expand in the future, and we will begin to direct our efforts directly to helping the victims, to do some hands-on things. We realize that we are not psychologists. We can advise what to do as lawyers, but before going to the police, the victim needs some psychological preparation. Women often file a police report, and the next day they withdraw it because they are psychologically dependent on the rapist. I would like to establish partnerships with other resources and specialized organizations.

Christina: We would like to act as mediators between those who need help and organizations that can provide it. So far, we have not received requests for assistance from victims. We are only three weeks old, and it seems to me that there is still not a sufficient level of trust in us. We are thinking about creating a form for communication — some place where people can share their stories anonymously, speak out, and know that they are not alone in this world. 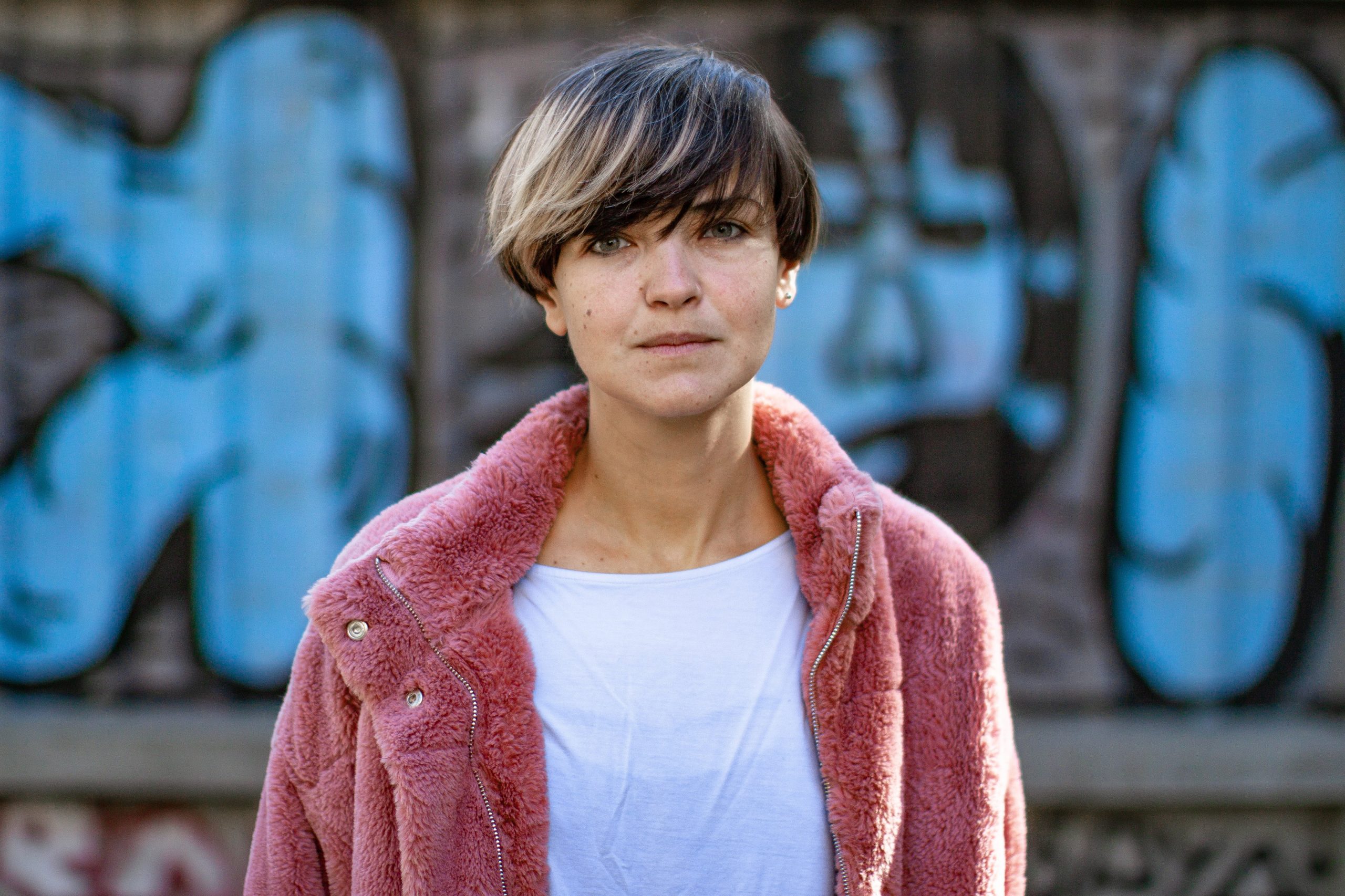 On women's electronic music scene and exploration of the sound