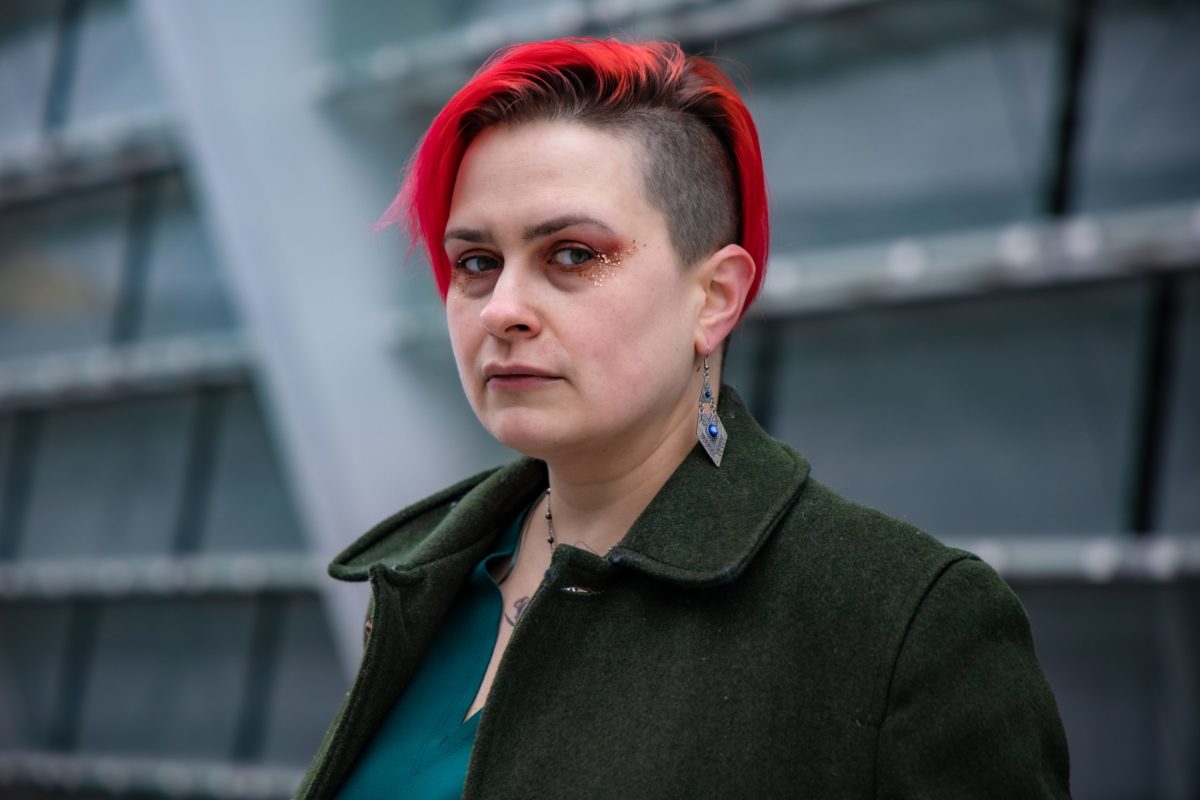 On being nonbinary, TikTok and performance about abuse

My name is Edward, I am a nonbinary or queer person, and my pronouns are he/they. I do not fit myself into the “male” and “female” categories. Looking at me, you might think that I am a conventional woman, but I am not. I do not accept the typical signs of masculinity and femininity as taken; for me, these are all human characteristics. I also do not segregate other people into men and women, although respecting each person’s personal and political views.

I believe that the concept of non-binary gender and everything’s queerness is an essential tool in the struggle against patriarchy.

The dividing of the world into masculine and feminine is used mainly by cisgender, heterosexual white men to maintain the existing system. The very existence of nonbinary people undermines this system. I have not read any clever books on this topic, these are personal feelings and developments of intersectional feminism. I think that someday we will come to a beautiful post-gender society, where no one will care who has which genitals and chromosomes, except for doctors who specialize in this. In my opinion, this will be the next step after the victory of feminism, when equality between men and women will be achieved. We might even see it in our 60-80s.

I’m 35, I was born in the Soviet Union. My mom has a poster that I painted when I was 4 or 5 years old. It shows a rally and two girls. One of them holds a placard that reads: “End of Perestroika and Socialism.” The world has changed a lot during my life. For most of my life, I only had a landline telephone, and some did not. Everything is developing so quickly that I believe that the formation of such a society is possible. Globalization contributes significantly to this.

I often face criticism in the LGBTQ+ community. Cis people believe that since we have not achieved marriages for gay couples yet, it’s not time for trans people to defend their rights. However, I don’t understand why we need to follow the same development path as other countries when we can take their experience, consider all the mistakes, and achieve results faster? I have worked in a trans organization and can tell that even within the trans community, there is queerphobia. They still use the term “transsexuality” and divide trans people into “real” — those who made the transition, and “fake” — those who “invented all these genders.” I do not see any queer and non-binary community in Ukraine yet, except for individual people who communicate in social networks, for example, in TikTok.

In TikTok, I create educational content in Ukrainian about non-binary to form this community in Ukraine. My audience is young people, up to 25 years old, who are already growing in the paradigm that it is possible. Under some of my videos, they thank me for making them realize they’re nonbinary. People learn something new, and it helps them to understand their identity better. I also talk about LGBTQ+ organizations that exist in different cities. Young people have a great desire to volunteer and a desire to engage in activism. Still, since most of these organizations are represented only on Facebook, they do not know about their existence. In the future, I plan to make a meeting with subscribers in Kyiv and then perhaps go on a small tour around the country. I understand that teenagers and students do not always have the opportunity to travel somewhere.

“People learn something new, and it helps them to understand their identity better.”

Sometimes I get death threats on Tiktok. It is clear that the authors of these messages are unlikely ever to move away from their computers and mothers, but I complain about such comments and once contacted a human rights organization that provides activists with legal assistance. I do not feel 100% free in Ukraine, as there are various active right-wing and conservative organizations here. But the conservative movement is just a movement, some guys who may receive money for this, and some like to beat up people — kind of a sect of violence fans. Working at Kyivpride, I see that people’s attitude in general, the nation’s one, changes over time. Thanks to this, I feel freer and more comfortable.

In the fall of 2019, I went to the Postplaylab performance school, an alternative Kyiv theatre, the concept of which is close to Marina Abramovich’s works. Previously, I hadn’t come across a performance, and with a theatre in general, but at that moment, I was experiencing a break-up and thought where I could direct my emotions. What I saw there amazed me. It was a compelling process, an absolute catharsis, and therapy. At school, they taught us mainly to work with the body, and after two weeks of training, the participants had to present the final project. All performances were individual but took place simultaneously, on the street, in the city centre. Each of us ended up with a painful story from the past.

“It was a compelling process, an absolute catharsis, and therapy.”

I decided to work with my leading trauma — the trauma of partner violence. While leaving the abuser, I secretly went to a psychotherapist and discreetly was in a psychological support group on Facebook. In this group, I wrote posts about what is happening to me. I printed out these posts, read them out loud, and threw each sheet on the ground. After the performance, I still felt that something was missing; it seemed unfinished to me. In the fall of 2020, Facebook began to “remind” me of the time when I tried to leave my partner, and I decided to continue working. I started publishing texts from a closed diary. Many of those who have had a similar experience thanked me. Some people who address me are in a relationship with the abuser and do not know how to leave. The two women in the comments agreed to discuss the divorce process with the abuser and help each other on this matter. Thus, the performance has already begun.

“It’s hard to believe when you’re not there, and it’s impossible to consider when you’ve never been there.”

When it gets warmer, I plan to bring in colleagues from the theatre for help and do something like a performative mono play. The main question I hear as a domestic violence victim is, “Why didn’t you leave?”.  Lots of affected women get it. At the same time, no one asks the rapists why do they rape and beat people. With my performance, I want to show the state of a person suffering from abuse. I go to psychotherapy, and when I talk about physical and sexual abuse, I often smile at the same time. The psychotherapist asks: “What emotions do you experience?”. Then I wonder what emotions I was experiencing at that time, and I am overwhelmed with horror. It’s hard to believe when you’re not there, and it’s impossible to consider when you’ve never been there. With scenography, sounds, and text, I want to let the audience experience it themselves. 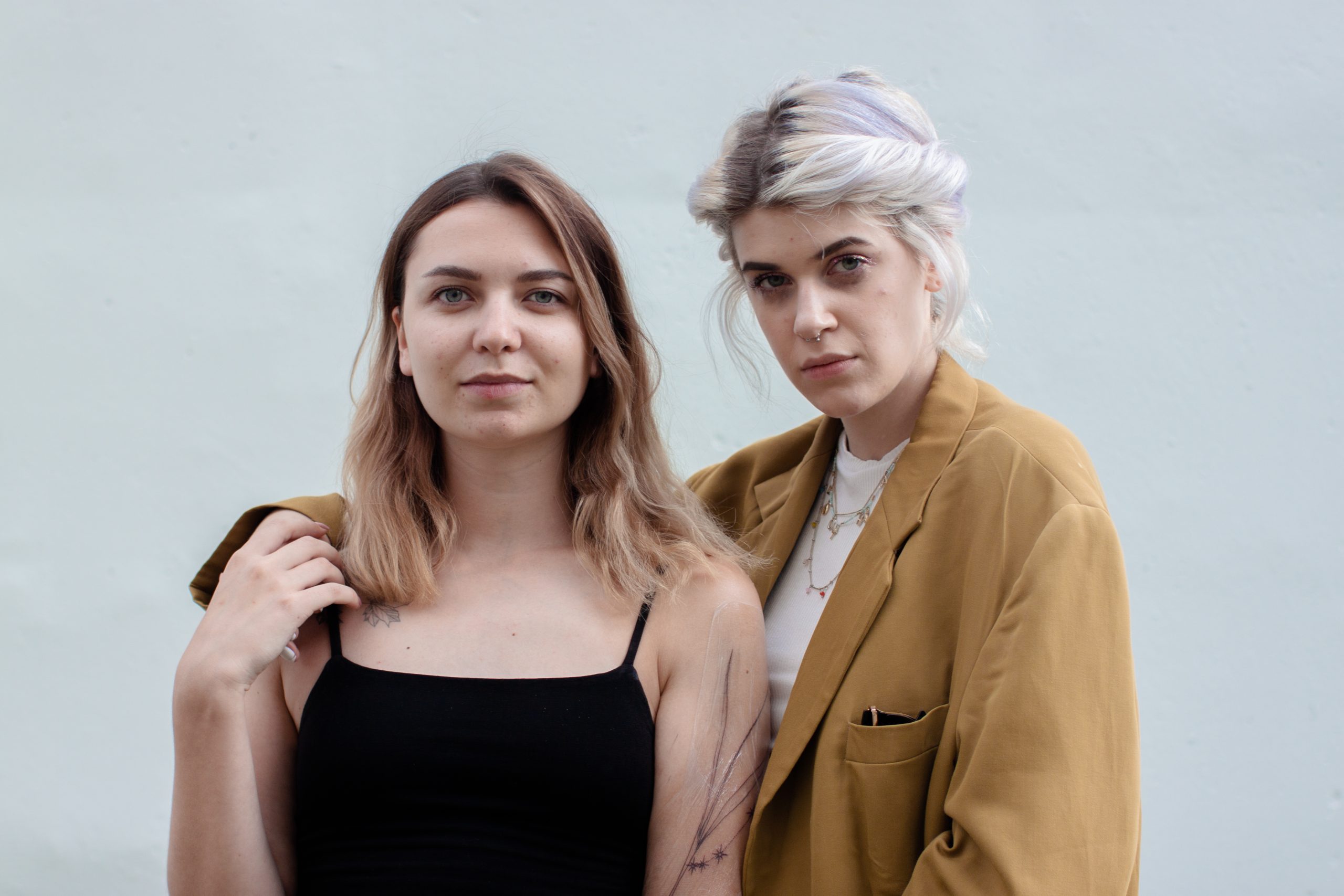 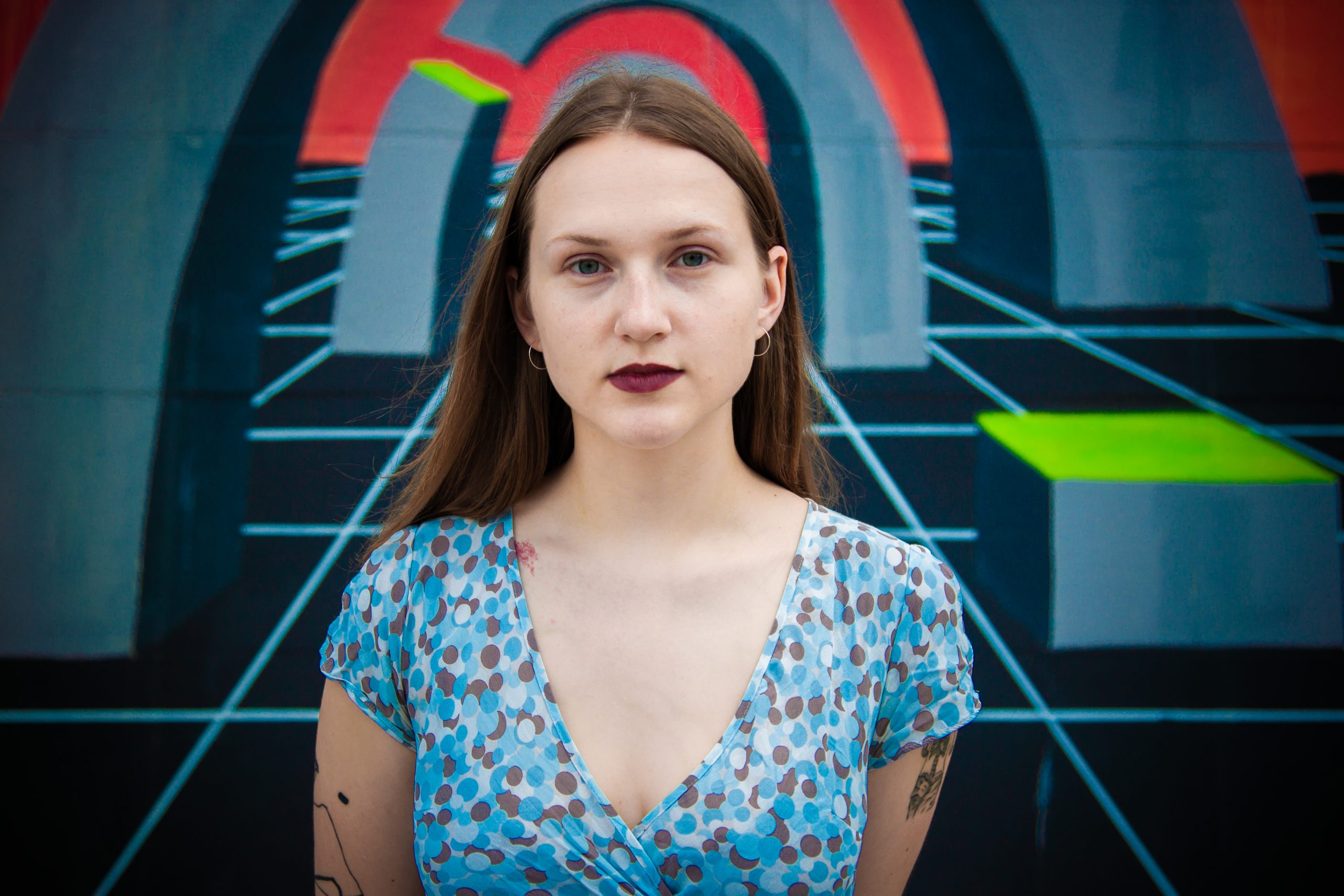 On gender studies, radical attacks, and relationship with her body