According to the Ministry of Social Policy, every 5th woman in Ukraine has faced some type of violence, and 90% of all people who suffered from violence are women. Various public organizations do their own research, but there are no national statistics in Ukraine. For this reason, it is often not possible to collect information that would allow us to assess the effectiveness of the violence combat system.

According to UN Women Ukraine, the number of calls to the National Domestic Violence Hotline has doubled over the entire quarantine period. However, only 40% of women who have experienced violence seek help. Only 10% of them go to the police. Victims of violence do not trust law enforcement agencies and do not believe that they can make a difference.

Frequently the policemen simply do not respond to domestic violence calls, and during the quarantine, there were cases when they refused to issue urgent restraining orders to the abusers using pandemic as an excuse. Mistrust in the Ukrainian police is explained not only by its low competence in the field of gender-based violence but also by the presence of systemic crimes against humanity committed by the security forces themselves.

The last case, which became known to the public, took place on the night of May 24, 2020, in the town of Kaharlyk, where two policemen – Serhiy Sulima and Mykola Kuziv – tortured a woman who had been summoned to the police station as a witness in the case of theft. They put a gas mask on her head, blocking access to oxygen, beat her, shot over her head with a service weapon, and raped her several times. Both police officers managed to avoid undergoing law enforcement recertification after the Revolution of Dignity. However, it is known that 93% of the dismissed police officers from the old system were reinstated by a court decision.

In contrast to another high-profile case – the rape of a woman by police in the village of Vradievka in 2013 with an attempt on her life, which led to the storming of the police station by villagers, a “march to Kyiv” almost 400 km long, mass protests throughout the country, and became one of the catalysts for the beginning of Euromaidan – the tortures in Kaharlyk did not make any changes to the system.

There are a number of obstacles to bringing rapists to justice. For example, domestic violence first comes under the Administrative Code, and in order to be qualified as a criminal offence, violence must be “systematic”. In 2019, the first conviction was passed in Kyiv under the article on domestic violence. The man was sentenced to 3 months in prison only after nine administrative procedures.

Certain categories of people are exempted from administrative responsibility (including domestic violence cases) and, accordingly, cannot be brought to criminal proceedings – these are law enforcement officers and military personnel. When a soldier commits domestic violence, the police pass on the protocol to his superiors, and they are the ones who decide what to do next. This rule especially exacerbates the situation of those living in the conflict-affected Donetsk and Luhansk regions of eastern Ukraine. In their latest report, Amnesty International Ukraine says: “Women in these areas describe a lack or scarcity of available and accessible services, the aggravating effect of a military presence and ongoing hostilities, and harmful gender stereotypes.”

“Out of 27 cases recorded by Amnesty International, in 10 cases, the women did not report instances of violence. When women did call the police, in 3 cases, the police officer did not register a complaint, in 8 cases, women had to call repeatedly to get their complaints registered, and in 3 other cases, police officers persuaded women to withdraw their complaint after registering it.”  There are three shelters for victims of violence in the Donetsk region (with a population of about 4.1 million), and in the Luhansk region (2.1 million), there is only one shelter. There is a shortage of shelters throughout Ukraine, and since they are located in large cities or near these cities, women are often unable to reach them.

Ukraine was one of the authors of the Istanbul Convention – an international agreement dedicated to the fight against gender-based violence – and signed it back in 2011 but has not yet ratified it. In 2016, the deputies, apparently under the influence of the Rada of Churches and their conservative beliefs, did not vote for the document, arguing that it contained the concepts of “gender”, “gender identity”, and “sexual orientation”.

In May 2020, the petition to ratify the convention received the required 25,000 votes, but the bill was never submitted for consideration in the Rada. The convention would oblige the state to provide effective mechanisms to protect womxn from all forms of violence. Human rights defenders and feminists of different currents have united in demanding the government to ratify the Convention: the annual marches on March 8 are held under this slogan. One can say that the problem of violence against cis women in Ukraine is on the agenda: it is widely discussed both in the media and in government bodies.

At the same time, violence against LGBTQ+ people remains a deeply stigmatized topic due to institutional homophobia, biphobia, and transphobia. Gender non-conforming people, non-heterosexual persons, LGBTQ+ and feminist activists are regularly bullied and discriminated against and are victims of attacks by members of far-right organizations. Violence perpetrated against LGBTQ+ is more often than not classified as “hate crimes” due to regulatory imperfections and police bias. Ignoring the true motives (aggravating circumstances) makes it impossible to impose more severe penalties. As a result, the rapists feel unpunished, and the real picture of the violation of the LGBTQ+ people rights and the violence committed against them is not available to the public. 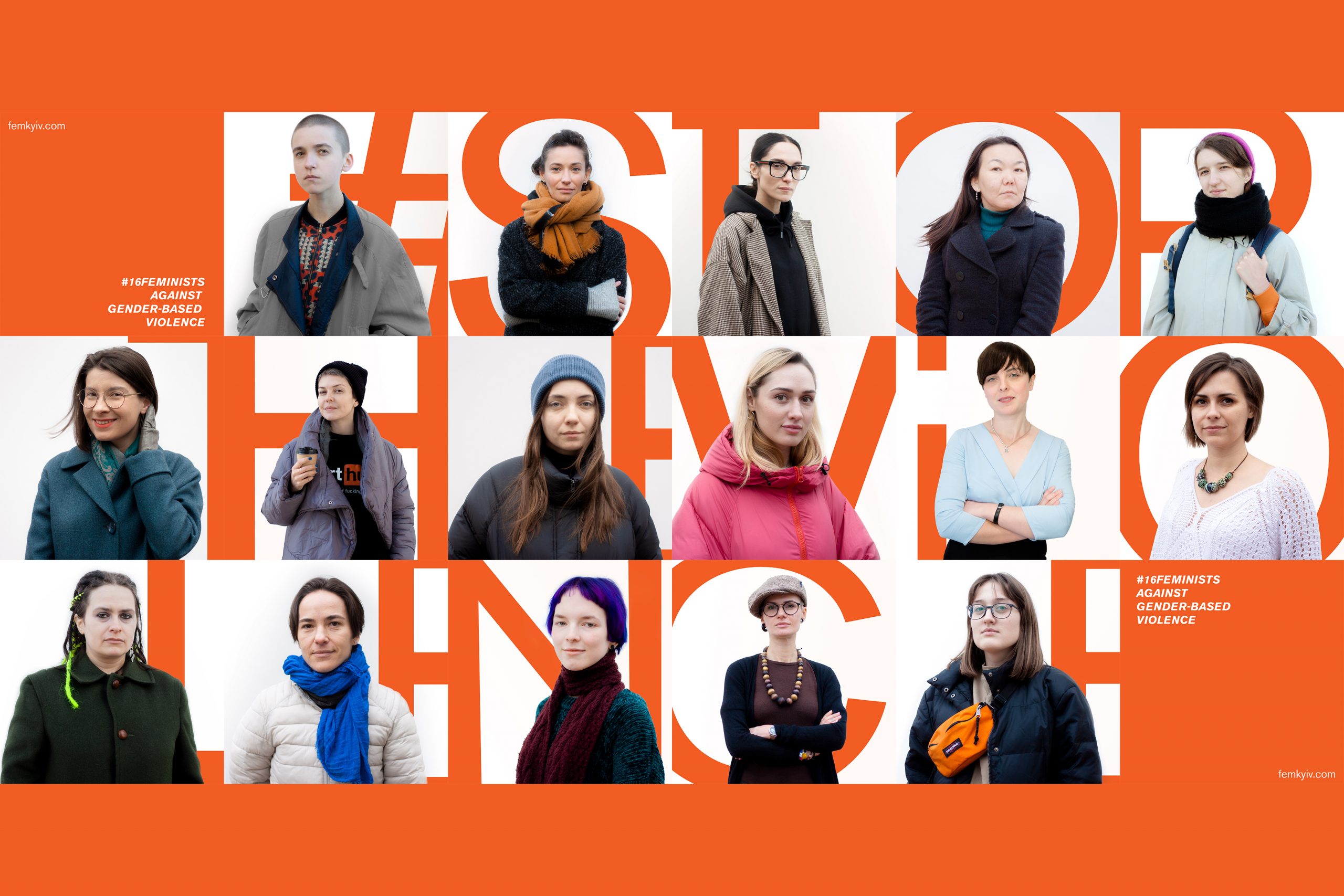